Create your private and secure cloud storage for a lifetime.

Cubbit is the first cloud storage powered by its users – 3000+ backers from 70+ countries contributed over $1,000,000. Join the Swarm and get up to 4TB for a one-time fee to sync, back up and share all your files from anywhere, anytime.

Cubbit being a distributed data center is invulnerable to localized attacks 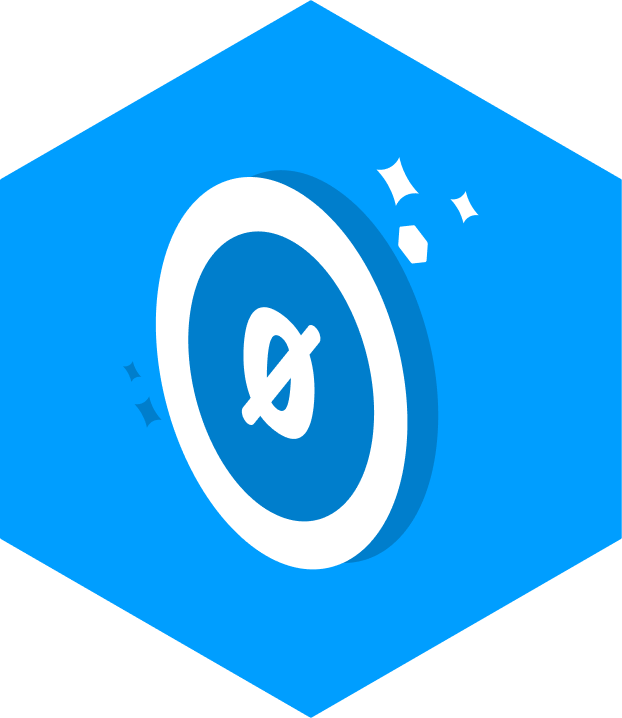 We want to rid cloud storage of monthly fees. Most cloud providers’ ‘basic’ plans quickly add up and the free plans cost you your privacy. Our one-time fee has no hidden or extra costs and is a totally private solution that’s forever. 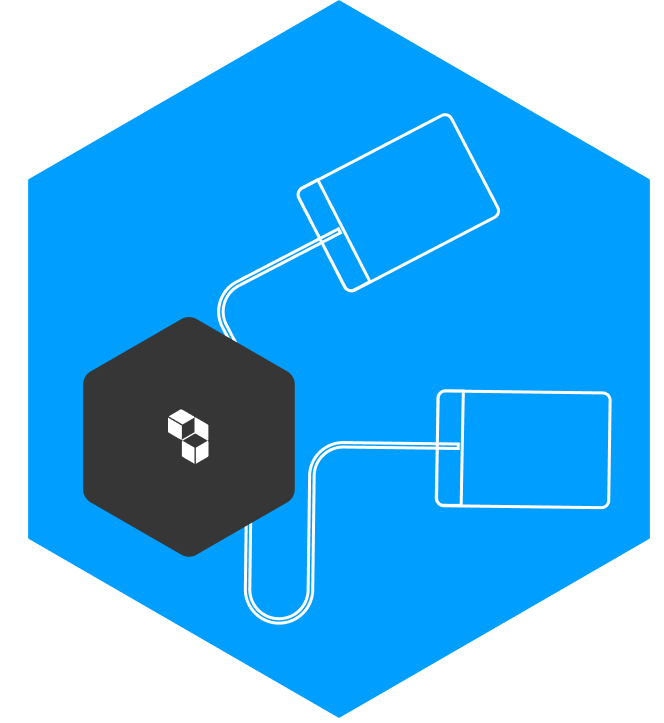 Storage that grows with you

Never worry about running out of storage space again - plug in external hard drives to expand up to 4TB. Cubbit is a private and flexible cloud storage that grows with your needs - it fits you best in every situation. 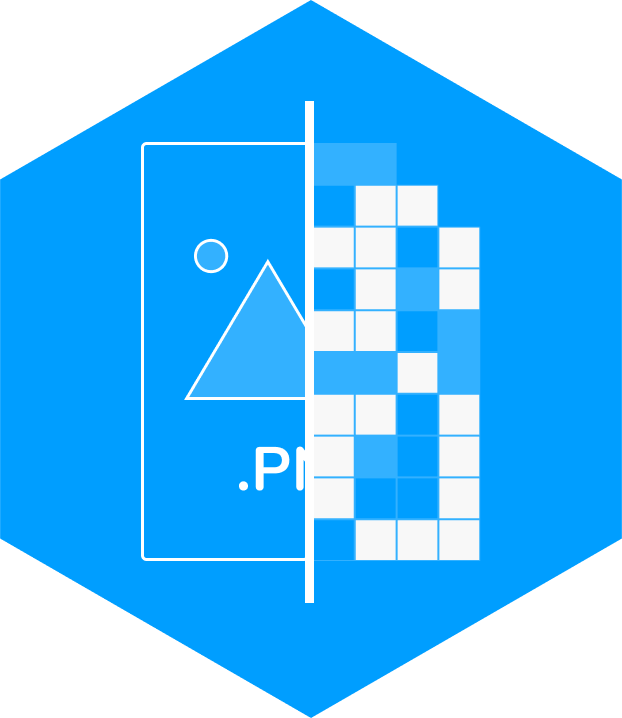 Your personal privacy should never be compromised. With Cubbit your files are stored in absolute privacy - they’ll never be shared with 3rd parties for marketing purposes (as with most cloud providers), because no-one, not even Cubbit, can see what you have stored. 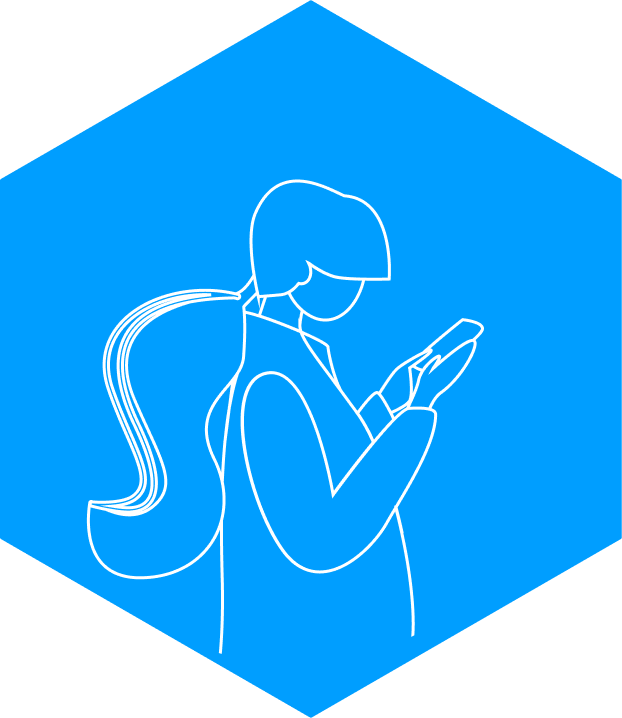 Works across all devices

Available as desktop applications for Windows 10, MacOS High Sierra and newer, Linux (Ubuntu, Linux Mint, Elementary, or other Debian-based) – and on any browser via our Web App. Mobile applications for iOS and Android will come out soon. 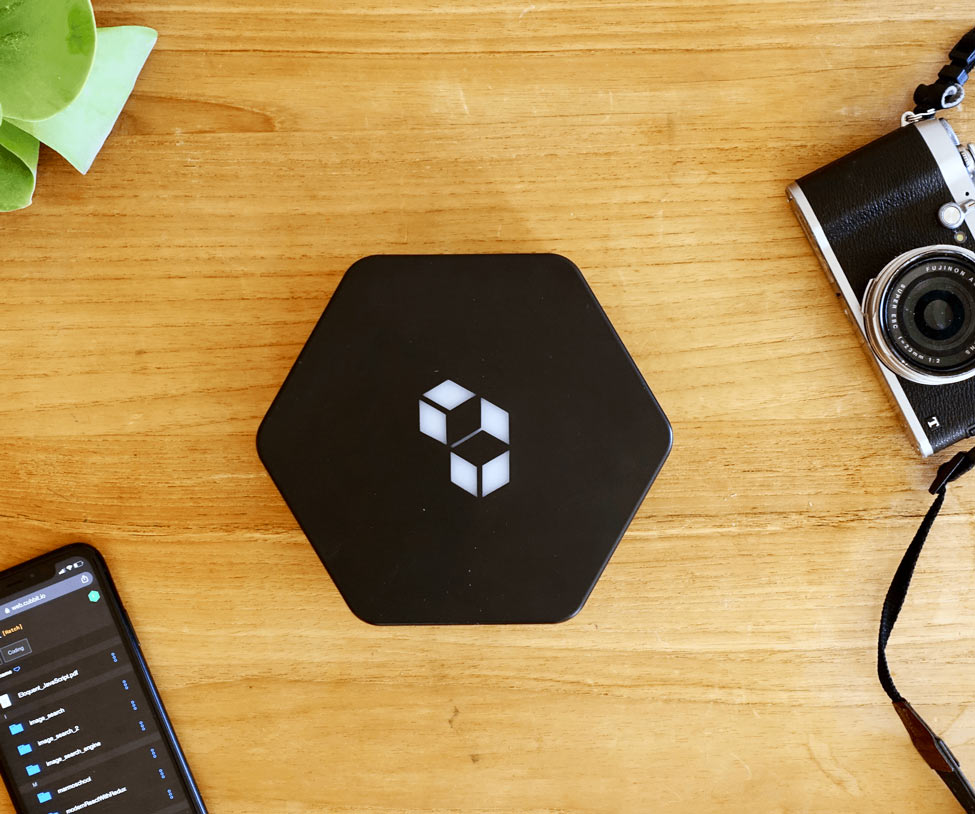 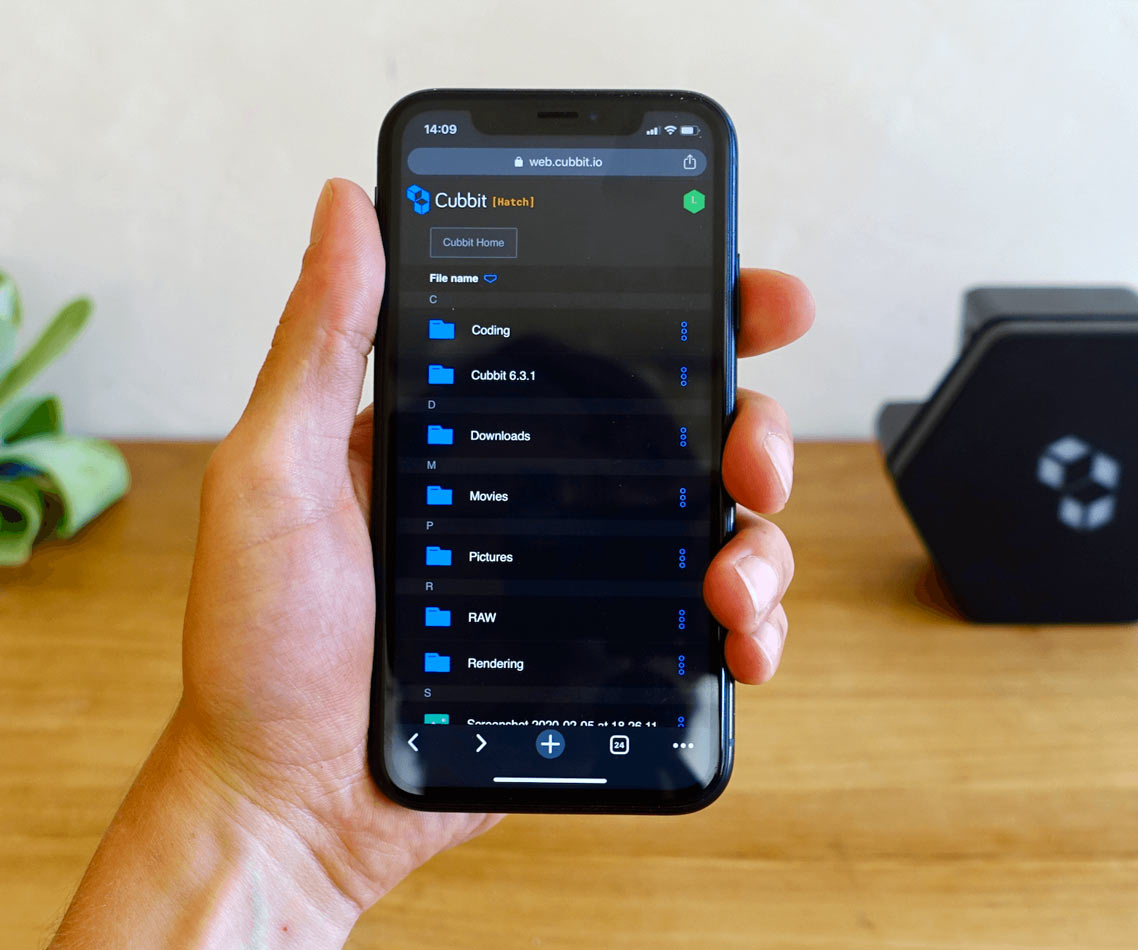 Take back control of your data and store your files across devices. 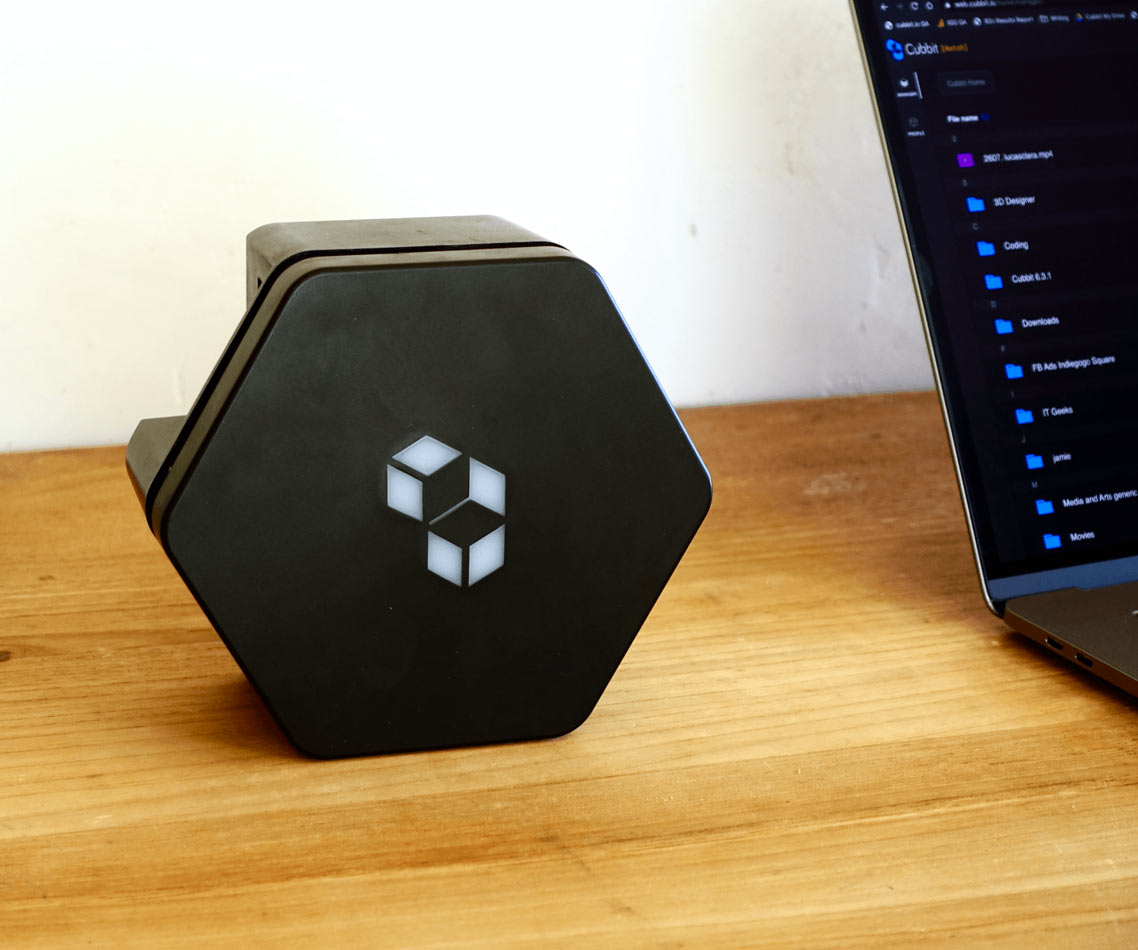 All your photos, files, and more are not inside your Cell. They are safely encrypted and distributed over the network powered by our users – where each Cell is a node.

That means your content is 100% private and always available wherever you are. With Cubbit you get 512GB or 1TB forever yours. And you can add more at any time by plugging in external hard drive – up to 4TB

Cubbit combines them into one super storage.

Cubbit is a cloud breakthrough: it combines the privacy of personal storage and the comfort of the cloud into one unique experience – you'll feel like you have storage superpowers. 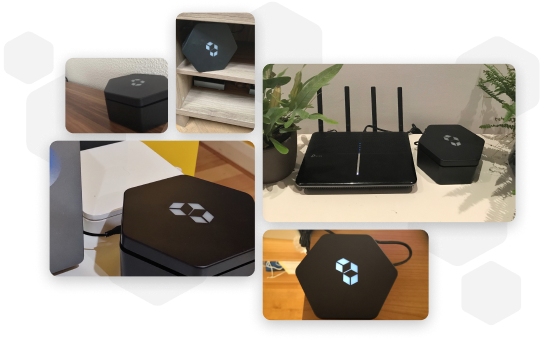 What our users say

"I am very interested in seeing distributed technology make its way to the market, and I have been looking for a storage solution for a few months now. I was going to go for a NAS but with Cubbit I saved money and time with RAID configuration. And the idea of creating a distributed p2p backup is brilliant!"

"I have accumulated many photographs over the years and it would be a tragedy of major proportions to lose them. Cubbit is perfect for me since I can store all my pictures and videos with peace of mind. Awesome product and super easy to use."

"In February I found pictures on Google Photos that were definitely not mine and I also lost some of my videos temporarily. This is why I bought Cubbit. The Cell is not cheap, but the quality of the product and my privacy are definitely worth this investment."

"I was storing my data on my NAS with a very bad user interface, and on OneDrive which I always found buggy and their customer service is terrible. Cubbit feels much better even though there are many features which have yet to be released. I desperately need the mobile app, but the tech support was very kind and responsive and reassured me they will start working on it within this year.

"I always had difficulties with sharing files on my NAS (WD's myCloud) and I found it easier via email. For sharing very large files with clients and collaborators I was still carrying around my hard drive. With Cubbit I solved this perfectly. And I can also select certain folders on my desktop to be synchronized on the cloud automatically. It’s way better than any other personal cloud out there.

"Unlike every single other NAS I've tried, with Cubbit I’m able to access my own files, from anywhere in the world, with sharing capabilities. Other NAS devices are only accessible from within my own LAN (so useless) due to my provider's firewall. I want to be able to access files from anywhere and add/delete/edit them like I was doing with Apple/Google/DropBox before their costs became unsupportable. Cubbit is the answer."

"If you spend enough time worrying about your privacy, you will eventually run into someone who recommends living completely offline, in a bunker. And I find my bunker in Cubbit. Google will finally stop looking through my pictures and sending my private stuff to strangers."

"A virtually indestructible NAS with the same usage simplicity as Dropbox in Mac or Windows. Replacing my aging NAS with a more robust, secure and reliable solution for a one-time cost was an easy decision.

"I have been paying Dropbox Premium for almost 4 years which has cost me a lot of money over time. I can finally get rid of monthly subscriptions once I move all my files to Cubbit. Just started using it and the features are quite similar, even if Cubbit is still limited on many aspects but they’re constantly releasing new updates. So excited to be part of this community and I can’t wait to use the final version." 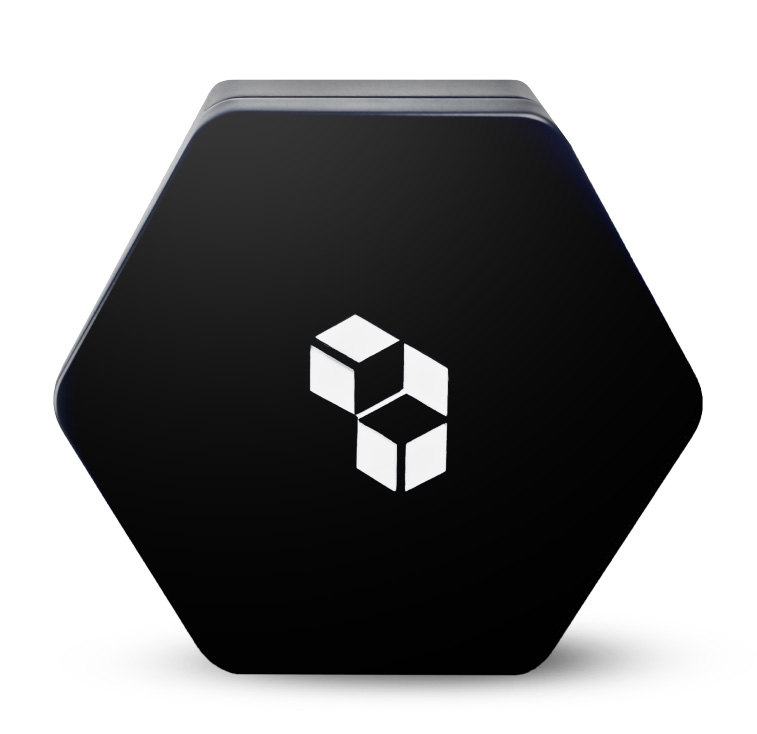 Pay with money, not with privacy. Your personal security is worth investing in - pay once and make your data forever yours.

Choose your Cell - 512 GB or 1TB – and get a privacy first cloud storage for a one-time payment.

Cubbit is the distributed cloud. It is designed to give you privacy and safety, all while being eco-friendly. Cubbit runs on a peer-to-peer network of distributed nodes owned by the users. It employs encryption and a zero-knowledge cryptographic architecture, so that no one else, not even us, is able to access your data.

The system is zero-knowledge. Files uploaded on the Cubbit Cell are encrypted with AES-256, fragmented in multiple redundant chunks and distributed over the network through end-to-end encrypted channels. The user's password is not known by Cubbit nor by the coordinator server, and its related randomly-generated encryption key is stored client-side. Bottom line: no one without the password can access the files stored in Cubbit, not even Cubbit.

What is the Cell?

Where are my files stored?

They are distributed. In other words, your files are not stored in the Cubbit Cell of another user. Rather, they are encrypted and fragmented in several redundant chunks. Each of these chunks is then saved on someone else’s Cubbit Cell. Long story short, many Cubbit Cells have a small un-decryptable piece of your files, but you alone are able to piece it together.

How is the Cubbit Cell different from a NAS?

Transfer speed: transfers from/to Cubbit take advantage of multiple, parallel, p2p connections. With a NAS, instead, you are limited by your own bandwidth. - Security: no one, even with physical access to your Cell, can access your data, since they are not stored on your Cell but in the Swarm. - Fault-tolerance: if your NAS goes offline for any reason you lose access to your files. Instead, if your Cubbit Cell goes offline you can still access your files.

What if my internet connection is down?

Are my files safe?

Your password is the only way for someone to access your data. As long as you keep your password safe, your files are safe and out of reach to anyone and everyone on the network except for you.

How does Cubbit work?

You access Cubbit through a frontend application that lets you store, download, sync and share your files. In the backend, your files are encrypted with AES-256, fragmented into 24 pieces, out of which 12 copies are made to ensure redundancy, for a total of 36 chunks. Each chunk is then saved on a different Cubbit Cell. The location of each chunk is established by an AI coordinator that sits on Cubbit’s proprietary servers. When you access a file remotely that you saved on Cubbit, you are actually asking the AI coordinator where your chunks are, after which you connect to the corresponding Cells via p2p end-to-end encrypted channels, download the chunks, reassemble the file and decrypt it with the key that is known to you and you alone. The marvelous part is that the AI coordinator is cryptographically blind, since it never gets to know neither the content of the file nor the encryption key.

How can I increase my storage space?

You can increase your storage space by attaching physical storage to your Cubbit Cell. By doing so, you will be granted an amount of cloud space equal to half the amount of physical storage you have provided. If you plug in an external drive that is not empty, the system will ask you if you want to format it. If you don’t, it does not provide you with any cloud space, as you’re not contributing to increase Cubbit’s capacity.

What if the Cells storing my chunks get unplugged?

Do you have any questions?

Open the chat at the bottom right and talk with us >

Our data is our identity, our memories, our work.

Storing your files on the cloud seems the simple solution, but it costs you one of your most valuable things - your privacy and your personal information.

Together, we are setting the new standard of privacy and security on the cloud, empowering individuals to take full control of their data.

That’s Cubbit, that’s the Swarm. Together we can go beyond the cloud.

Order now and join us.

Together, we create a whole new cloud that’s 100% private, secure, and green. That's Cubbit, we are The Swarm.
Join 3000+ users connected across 70+ countries and help us shaping the future of the cloud.

Do you have any other questions or need some help?
Contact us at hey@cubbit.io.